“How can I grow wealth?”

As a financial planner, I hear this question (or some variation of it) almost every day. And while I’m happy to provide answers and advice, there’s something I’ve noticed about most people who ask this question.

They don’t take action on the answers. They don’t follow the advice.

Very few people actually get proactive with their finances and take initiative and responsibility. Very few focus on what they can control and get in action.

The truth is, growing wealth doesn’t have the be complicated. Wealthy people don’t have some secret you don’t. They just do things that most people aren’t willing to do. 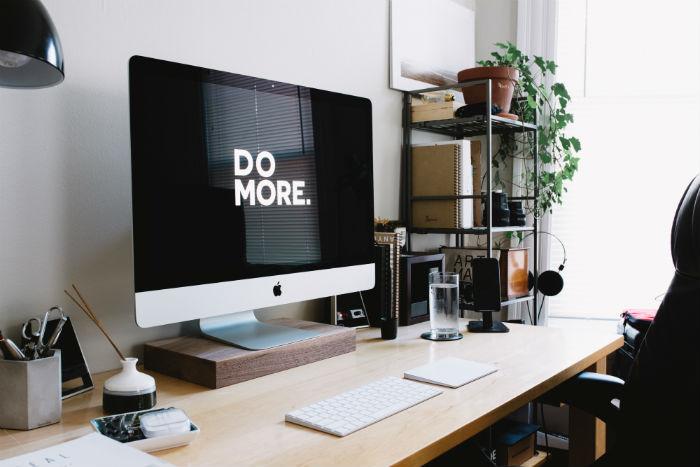 If you want to get serious about improving your financial situation, being better with money, and enjoying more of it, here’s what you need to start doing:

1. Tracking Your Spending And Sticking To A Budget

Yes, it sounds super basic and simple – and it is. It’s also a fundamental aspect of financial success.

Your cash flow (that is, money coming in and money going out) is a critical component to your financial life. If you can’t master it, you’re not going to be able to increase your net worth.

This is so important, because it’s not enough to live at your means. It’s good that you don’t spend more than you make — but if you just break even each month because you spend every available dollar, you’ll never have cash available to save and invest.

You need to live as far below your means as you can, so you widen the gap between what you earn, and what you actually spend.

A budget is the tool you can use to make sure you keep your spending reasonable over time. It can also help you prioritize your spending according to your values, so you can spend more freely on the things you truly care about — and skip (or scrimp) on the stuff that doesn’t matter as much.

2. Saving And Investing A Large Percentage Of Your Income

For most people, investing and earning compound returns is the ticket to wealth.

If you want to follow the traditional path of working until you’re almost 70 years old, then retiring for a few years to enjoy some basic comforts before you pass away, you can simply put away about 10 to 15 percent of your income in your retirement account and you’ll likely be okay.

But many people — myself and most of my clients included — want a lot more than that. We want financial independence; we want to be free from the need to earn a paycheck; we want to use our money to accomplish big things like traveling the world or starting businesses.

When your goals look like this, saving and investing 10 percent of your income doesn’t cut it. You need to look at saving 20 percent at a minimum, and saving at least 30 percent to be on target to hit those major wealth-building goals.

Saving and investing money only works when you have money to begin with. You can only reduce expenses so much before you need to look at the other side of the equation: earning more money.

Many people don’t even consider this because they feel the numbers on their paycheck are somewhat out of their control. But that’s not true. You can play an active role in determining how much you earn every year.

The right tactic for making more money looks different for everyone, and depends on your goals, needs, challenges, and opportunities. That being said, a few ways that might work for you include:

Investing is a form of creating more income, too — it’s just a much longer play. It will take years, possibly decades, for your money to start earning a significant amount of money on its own.

4. Holding Wealth In Assets — Not in Stuff

The people that drive the flashy cars, own the biggest houses, have the most stuff — they’re “glittering rich,” as Thomas J. Stanley puts it, but they’re not actually wealthy.

They may have high incomes, but that money gets spent instead of saved or invested. As a result, they only have the trappings of wealth. But they don’t have a significant net worth because all their “wealth” is tied up in their possessions.

Even worse? If that high income somehow dried up, they’d have nothing to fall back on.

If you want to grow wealth, focus on growing wealth – not spending it to show off how much money you have coming in each month.

Occasionally, I’ll work with people who refuse to take any risks with their money. They refuse to invest in the market because the thought of losing even a single dollar is too much.

Not to mention, even sitting on cash comes with a lot of risks. You risk losing purchasing power to inflation, you risk opportunity costs associated with all the time you spend outside of the market, and you risk not being able to save enough cash on your own to meet your goals.

6. Paying Attention To The Little Things

Ultimately, the majority of people who succeed at growing wealth don’t do it because they hit the lottery or got lucky with one big investment or business deal.

(Yes, some people do this — but if we’re talking about how most people make their millions, this isn’t it.)

They succeed because they took the time and care to get the little things right… and they did that over and over and over again. People who become wealthy nail the fundamentals and they practice those good habits consistently.

If you want to join their ranks, it’s time to stop making excuses, avoiding the actions you need to take, or ignoring your finances altogether. Focus on what you can control and get proactive. It’s not always easy or fun to stick to this path, but it is simple — and you can do it if you’re willing to commit to the kinds of things that will lead you to financial success.

Consistency and commitment win over luck every time.

This article was written by Eric Roberge from Forbes and was legally licensed by AdvisorStream and Outline Financial through the NewsCred publisher network.